Join us for the pre-launch of Dr. El Jones’ new book, Abolitionist Intimacies. In this new book, El Jones examines the movement to abolish prisons through the Black feminist principles of care and collectivity.

El Jones is a poet, journalist, professor and activist living in Halifax, Nova Scotia. She teaches at Mount Saint Vincent University, where she was named the 15th Nancy’s Chair in Women’s Studies in 2017. She was Halifax’s Poet Laureate from 2013 to 2015. She is the author of Live from the Afrikan Resistance!, a collection of poems about resisting white colonialism, and her upcoming book Abolitionist Intimacies drops November 2022 on Fernwood.  She won 2 Atlantic Journalism Gold awards in 2018 and 2019. In 2016, El was a recipient of the Burnley “Rocky” Jones human rights award for her work with prisoners. Her work focuses on social justice issues, such as feminism, prison abolition, anti-racism and decolonization. Since 2016, she has co-hosted a radio show called Black Power Hour, on CKDU-FM where listeners from prisons call in to rap and read their poetry, providing a voice to people who rarely get a wide audience.

Please join us in conversations with Modibo Kadalie – author of “an African Social Ecology” and “Intimate Direct Democracy: For Mose, The Great Dismal Swamp and the Human Quest for Freedom”

Modibo Kadalie is a social ecologist and lifelong revolutionary activist with over six decades of experience in the Civil Rights, Black Power, and Pan-Africanist Movements. In 1965 he traveled from Riceboro, Georgia to Halifax, Nova Scotia to escape the U.S.-Vietnam War draft. In the 1970s, he was a member of the League of Revolutionary Black Workers and the African Liberation Support Committee and a delegate to the Sixth Pan-African Congress. He is the founding convener of the Autonomous Research Institute for Direct Democracy and Social Ecology and the author of Internationalism, Pan-Africanism, and the Struggle of Social Classes. 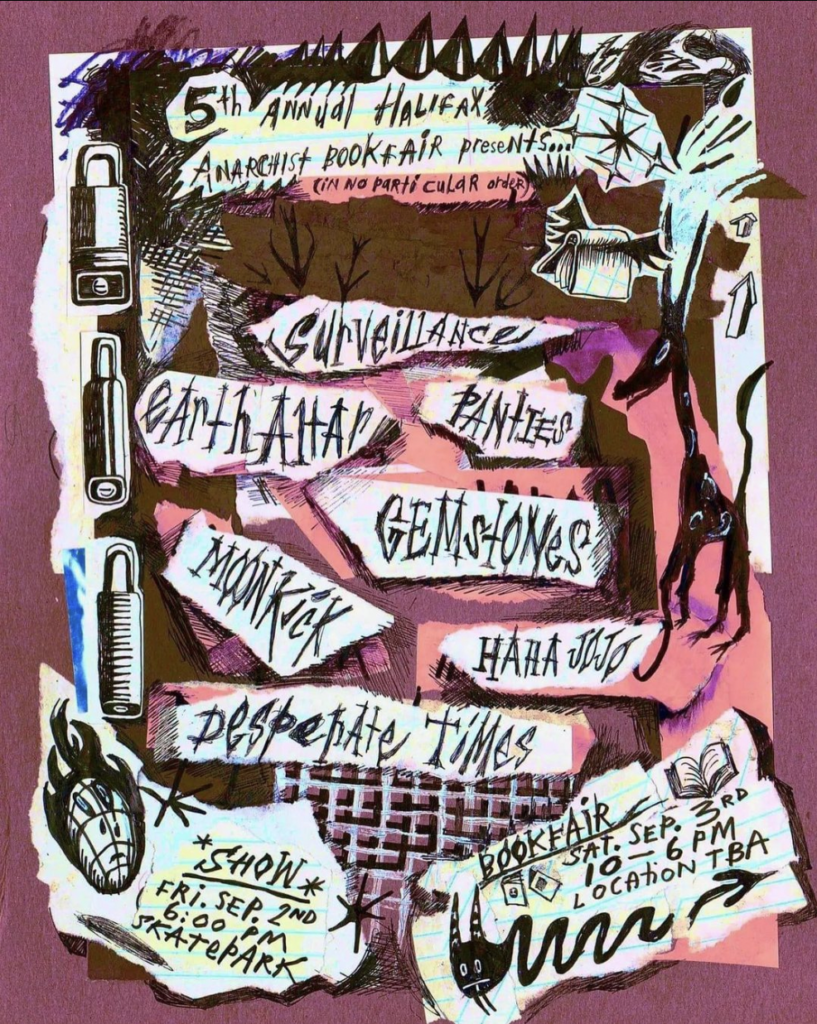 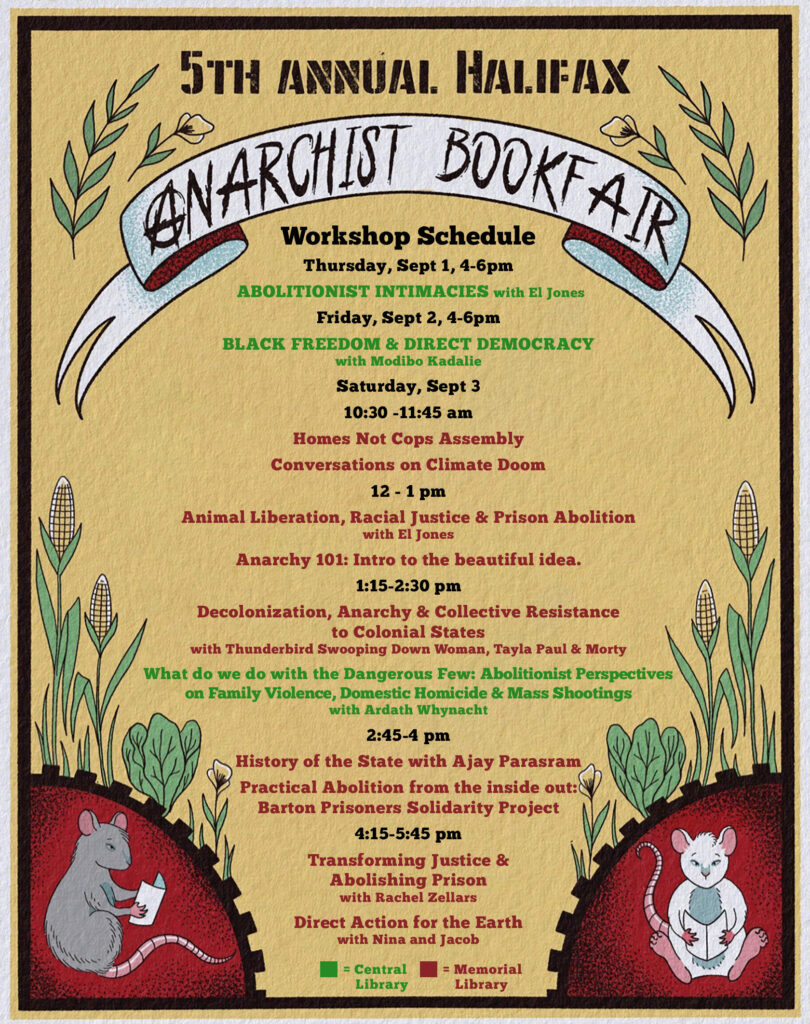 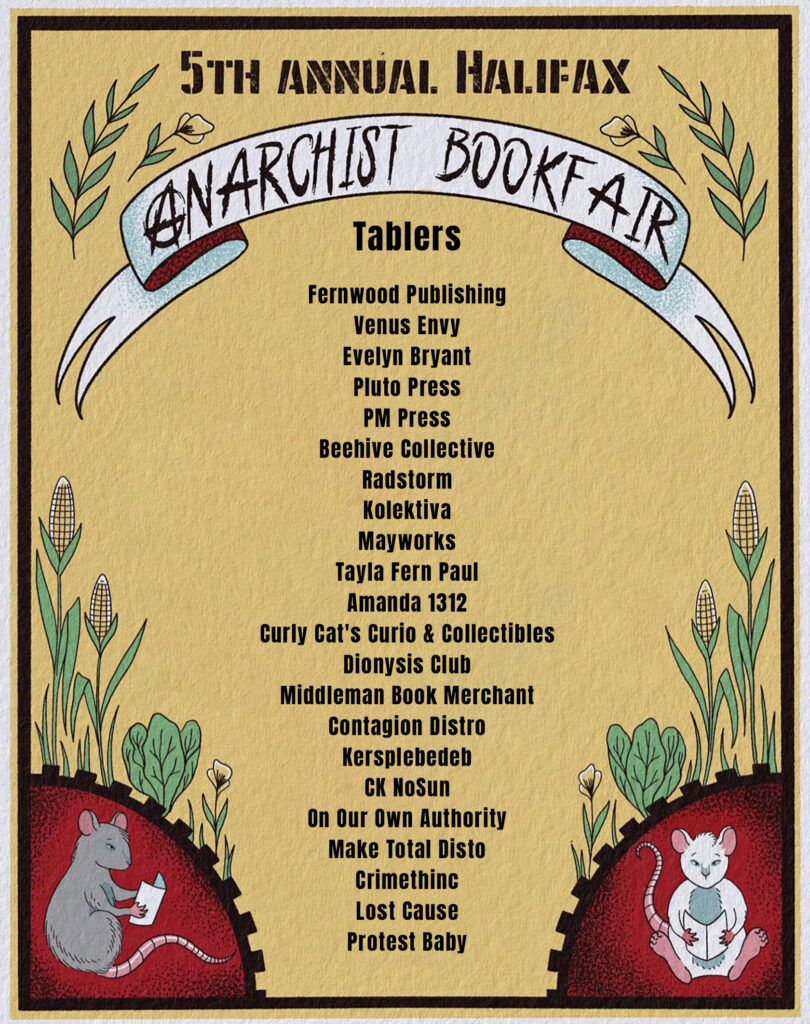 Two of the biggest issues that have animated social movements in Halifax lately have been “Defund and Abolish the Police” and “Housing Justice for All”.  This assembly will delve into the question of how we can work together across movements to ensure that we organize and manifest a significant defunding of police that directly liberates and allocates funds instead to the provision of  just housing solutions for all- and in particular for unhoused persons who experience significant and often violent over policing as the state directs its foot soldiers to protect property and defend capitalism instead of serving or protecting the needs and human rights of the poor.   What barriers exist between anti-poverty and defunding the police movements that must be addressed to see a cohesive movement take form?   What strengths can each movement lend to a shared body of work that empowers those effected by over policing and those concerned with housing injustice to work together to ensure that we fund homes not cops?

Conversations on Climate Doom
By Nick A.

This workshop starts from the premise that runaway climate change cannot be stopped–not by building a spectacular global movement, nor by making Green New Deals with our masters, nor any other heroic action. As this becomes increasingly clear, the dominant order offers dismal responses: anxious panic, militarized adaptation, and passive acceptance. The workshop will unpack these premises and then invite a collective discussion: if climate catastrophe is going to deepen, what does it mean for anarchists and our initiatives? What implications does climate catastrophe have for our priorities and projects?

How is the fight to free oppressed and imprisoned people connected to the fight to free non-human animals?  How does the abuse of animals intersect with the dehumanization of people targeted by racist power structures? Can we build a world where people and animals are free?

Anarchy 101: Intro to the beautiful idea.
By El

In this discussion-based workshop, we’ll talk about the beautiful idea: that a world of free people is possible. We’ll talk about the big ideas, a little about history, and about the points on which anarchists agree (not many) and disagree (most of them). The workshop is geared toward newcomers to the world of anarchy and anarchism, but all are welcome to come contribute to the discussion!

What do we do with the Dangerous Few:  Abolitionist Perspectives on Family Violence, Domestic Homicide & Mass Shootings
By Ardath Whynacht (in the Central Library)

How might we imagine abolitionist responses to the mass shooting in Portapique? How do we grapple with an increase in partner-perpetrated homicide during the COVID-19 pandemic? What does transformative justice look like for those who take a life, or threaten ours? Join Ardath Whynacht, author of Insurgent Love: Abolition & Domestic Homicide to explore abolitionist and community-based transformative justice approaches to abusers who pose the highest risks to our safety & survival. Accountability circles don’t always work and aren’t always safe- so what do we instead? How can we empower our movements to assess risks for lethal violence, so that we remain safe from domestic homicide- perpetrated both by police and abusers in our kinship networks? Reflecting 20 years of work in the family violence sector and a decade of work in prisons, Whynacht will offer some helpful frameworks for thinking through how to respond to family abuse and potentially lethal violence from abolitionist perspectives that center the safety of survivors, bystanders and those who try to intervene.

Decolonization, Anarchy, and Collective Resistance to Colonial States
By: Tayla, Morty and Thunderbird Swooping Down Woman

What can a Mikmaki free from Colonial control look like? Why is it so important to connect the fight against capitalism and the state to the fight for decolonization? How do Indigenous and non-Indigenous peoples work together towards collective liberation.

Histories of the State
By Ajay Parasram

The state is undeniably one of the most generous and violent forms of human organization. The universal state we endure today is the outcome of modern imperialism. This workshop will discuss histories of the state drawing on examples from Turtle Island, South Asia, and Europe to help participants understand some of the alternative forms of political organizations that predate the state, without glorifying them. Building alternatives need to be informed by precolonial pasts. As Yasin Bey says, “what I forgot, is better than whatever they remember”.

Practical Abolition From the Inside Out
Barton Prisoner Solidarity Project

The first step toward a world without prisons is likely to be taken inside the walls. This workshop makes the case that the most fundamental transformation in power is between prisoners and the institution itself, and that supporting prisoner organizing is a key ingredient in the struggle against prisons. In this workshop, two members of the Barton Prisoner Solidarity Project will share stories and reflections from supporting prisoner organizing in Hamilton’s Barton Jail during the COVID 19 pandemic. Over the course of three years, BAPSOP maintained a phone line and PO box that allowed us to support long-term prisoner organizing that culminated in a wave of hunger strikes involving hundreds of prisoners. This workshop will include practical ideas for how to do prisoner solidarity organizing in effective, ethical, and safe ways, as well as a broader discussion on prison’s role in society and why undermining its power inside the walls makes us all more free.

People in Mi’kma’ki and around the world are increasingly turning to direct action in order to defend the earth.  Here and elsewhere, regular people are facing off against both the forces of capitalism which seek to plunder the earth’s resources AND governments who facilitate and enforce the corporate right to plunder.  How do we strengthen these movements while connecting land defense to the overall project of building a freer and more joyful world in defiance of both state and corporate power?  Mi’kmaq and Mohawk Anarchist Nic Blynn will moderate a discussion inviting Nina and Jacob to reflect on their years-long campaign of direct action to stop clearcutting and spraying in the forests of Mikmaki.

Abolitionist politics and transformative justice requires that we reorient ourselves to concepts of justice and community safety. These perspectives have exploded into the collective imagination as a result of uprisings against police violence, a movement to defund the police, and communities exploring their own processes of accountability.  How can we build mass participation in the project of abolition and social transformation while making cops and prisons obsolete in our lives and communities?